We now believe there to be at least six to have survived. The Benly Page would love to hear from any more owners, with engine/frame numbers etc We have no real indication as to the distribution though-out the world, certainly none are thought to have come to the UK. Reproduced here, are two pictures from a Japanese publication called "Japanese Motorcycle History", they show a 1959 and a 1960 version of the CB95. We can only assume they are genuine but, obviously they could be CB92's masquerading as 95's we cannot tell. The specification for the CB95 shows no differences except in the engine department, so the head should be larger than the CB92 otherwise probably no other exterior differences. One point that has been noticed is that it looks as though the tank badges on the later one has only HONDA on them. HONDA collection hall have also displayed a CB95 at a one off exhibition about the Mount Asama races. 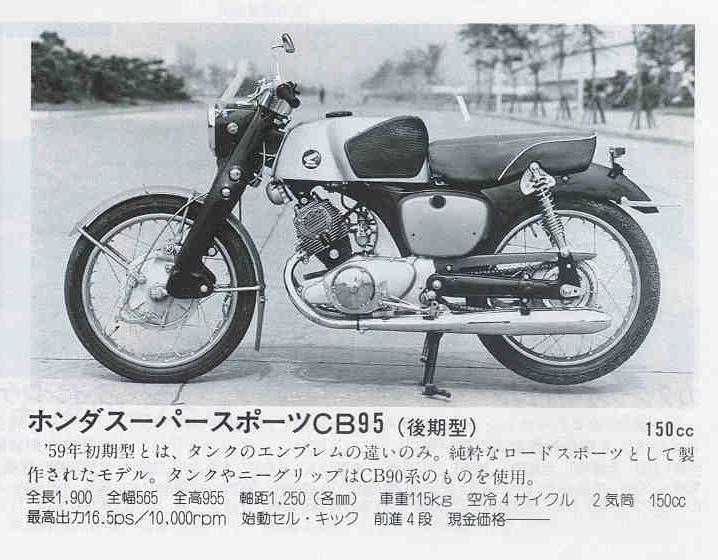